I have mentioned a couple times that I have recently tried a couple diets in an effort to lose some weight. (If you don’t want to read about my weight whining, scroll on down to get this spaghetti squash recipe…) To catch you up, a couple years ago, I was diagnosed with general anxiety disorder and was prescribed Lexapro. That medicine helped my mood SO MUCH. Instead of being a grouchy, irritable basketcase, I was happier and more easy going. It was fantastic and life changing the first six months, but then the weight gain started.

As can happen with most SSRI antidepressants, I started packing on a pound or two a week. The more I gained, the worse I felt about myself, and I started to think the medicine wasn’t worth it. I slowly weaned off it (with my doctor’s help of course), and I figured my weight would magically go back to normal. Well, it’s been six months, and it’s not happening.

So, now I’m back to being irritable with the bonus of being 15 pounds fatter. ಠ╭╮ಠ I’ve mentioned here lately that I’ve tried low carb diets and exercise, thinking that would do the trick, but it seems there is no “trick.” I am going to have to just buckle down and eat less. You know, like a DIET. I hate diets. Eating and drinking are my two favorite things!

I got an app called “Lose It!” which is helping me with tracking my food, exercise, and weight. It’s a lot like the Weight Watchers app except waaaaaay cheaper. I’m also taking a weight loss supplement and psyllium husk, which seem to help (although it could be my imagination). (Note: Those are affiliate links.)

So far I have lost five pounds. (⌒▽⌒) I need to lose at least five more, but ten would be better. I don’t have the willpower to do major dieting, so the weight loss will be slow going I’m sure. I’m supposed to be staying around 1500 calories per day (I thought calories weren’t supposed to matter anymore, wth??), but that is hard to do!

Even though I’m counting calories now, low carb/sugar is definitely still on my mind. I keep reading about how bad sugar is for us, and carb calories do add up quickly. That’s where this spaghetti squash recipe comes in. I really enjoy the texture and mild flavor of this squash, and it makes a big bowl of “spaghetti” so much healthier! I can high five myself for eating two cups of a vegetable instead of scolding myself for eating two cups of pasta. I love that!! 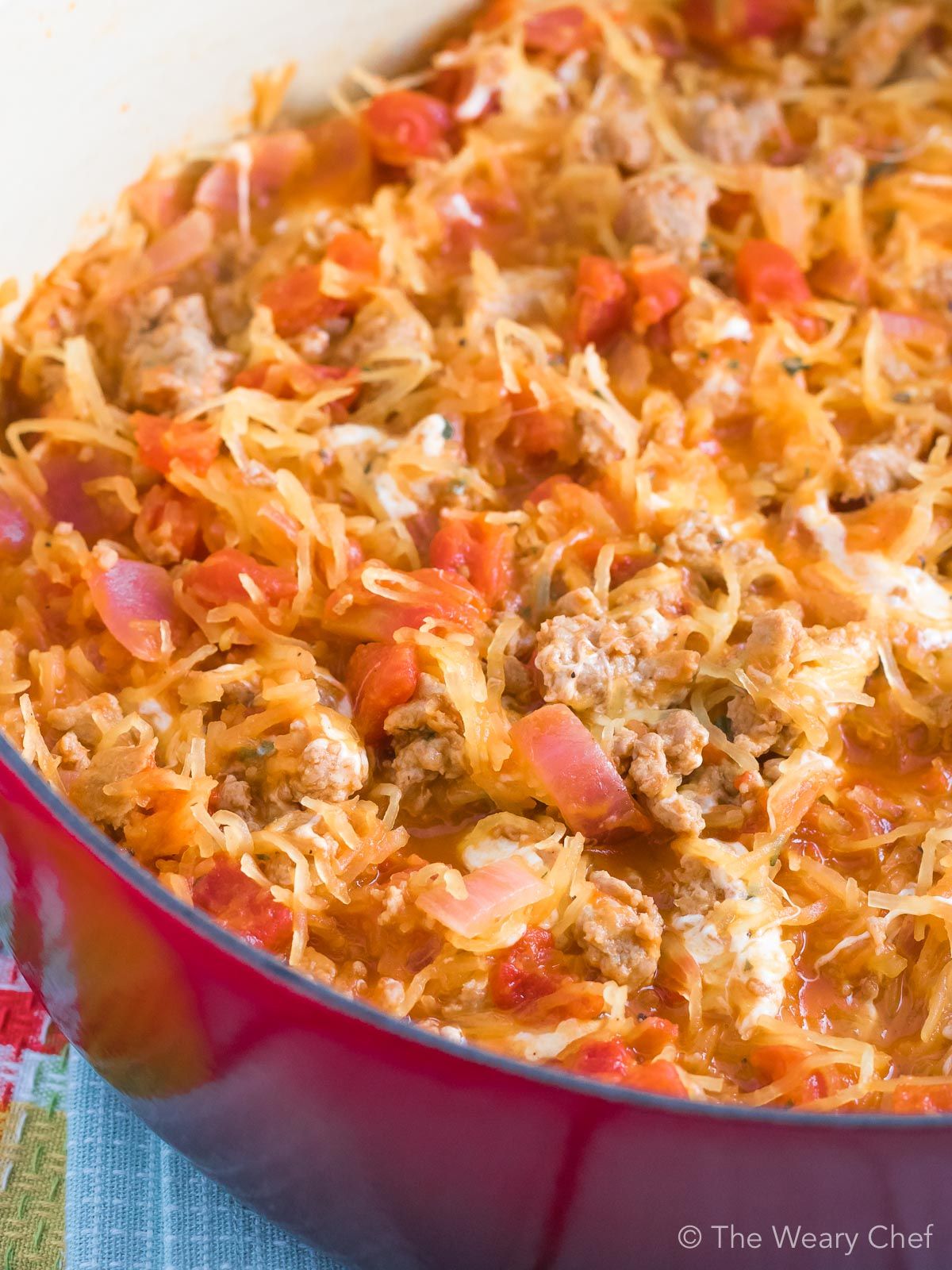 Oh, and as for the irritability, I’m actually on my way right now to an acupuncture appointment. It has been recommended by my doctor and therapist as a treatment for anxiety and mood disorders. I’m extremely skeptical and a little hopeful. I figure it won’t hurt to try (well, unless the needles hurt!). If you’re interested, I’ll keep you posted on how it goes.

Until then, make this spaghetti squash marinara! You’ll love it, and if you are working on weight loss too, I think it will be especially good for you. Let me know how you like it! xo 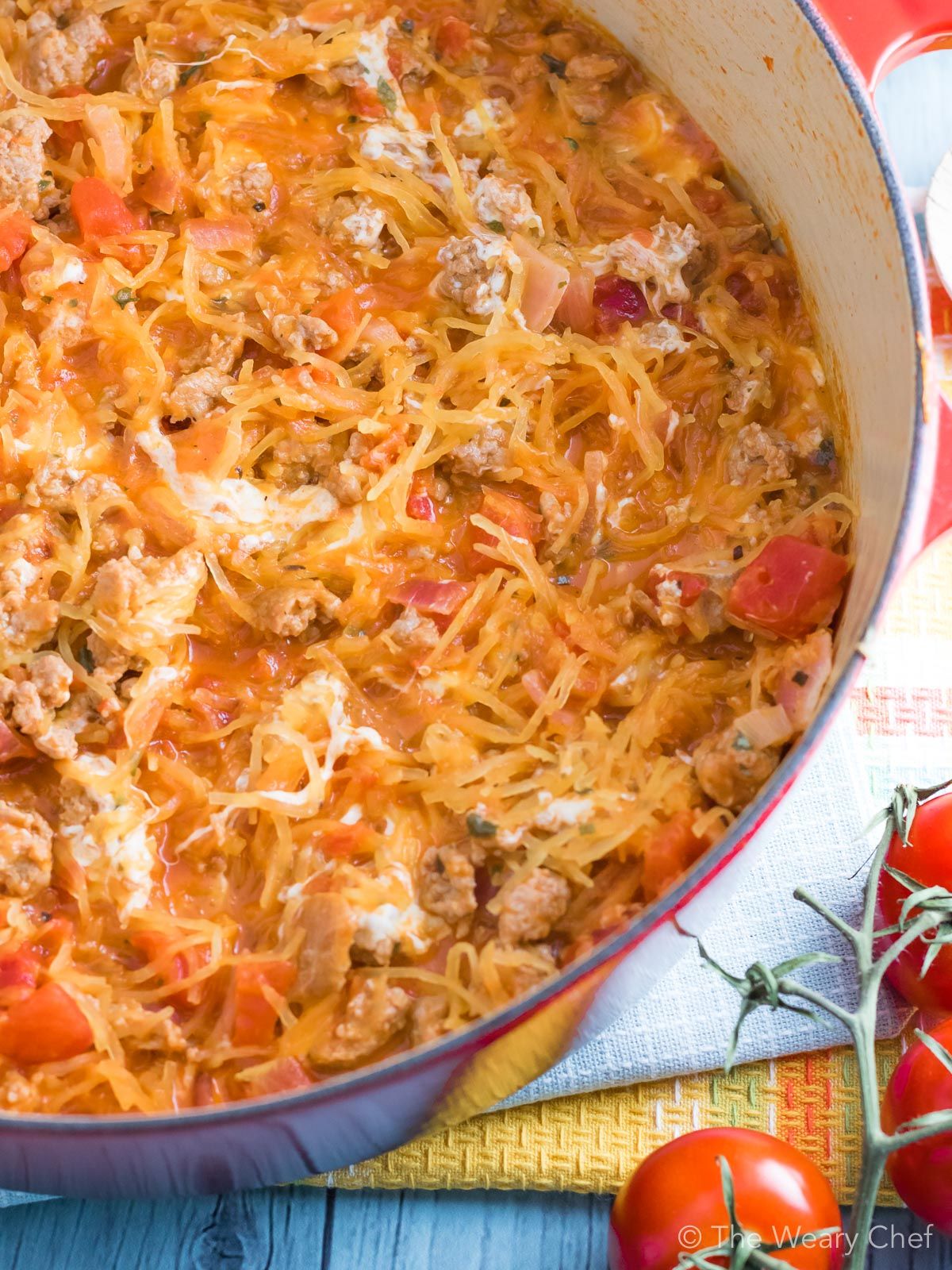 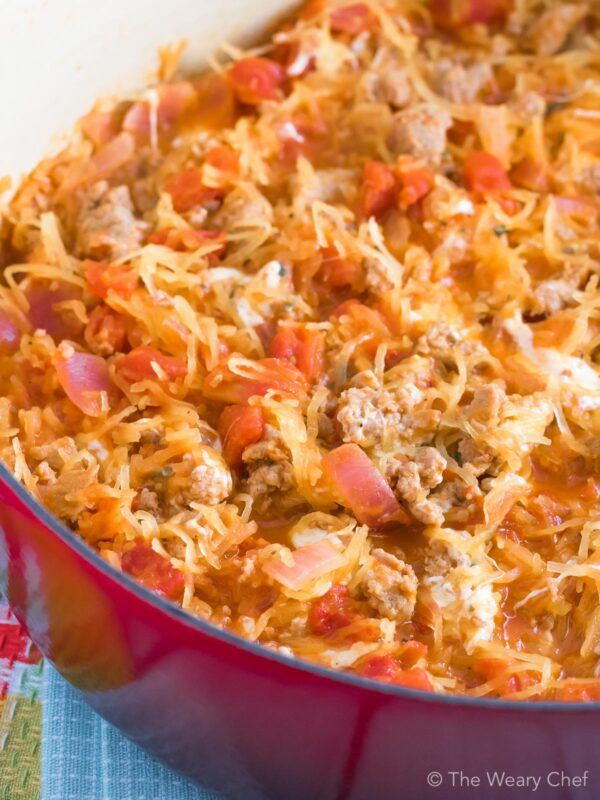 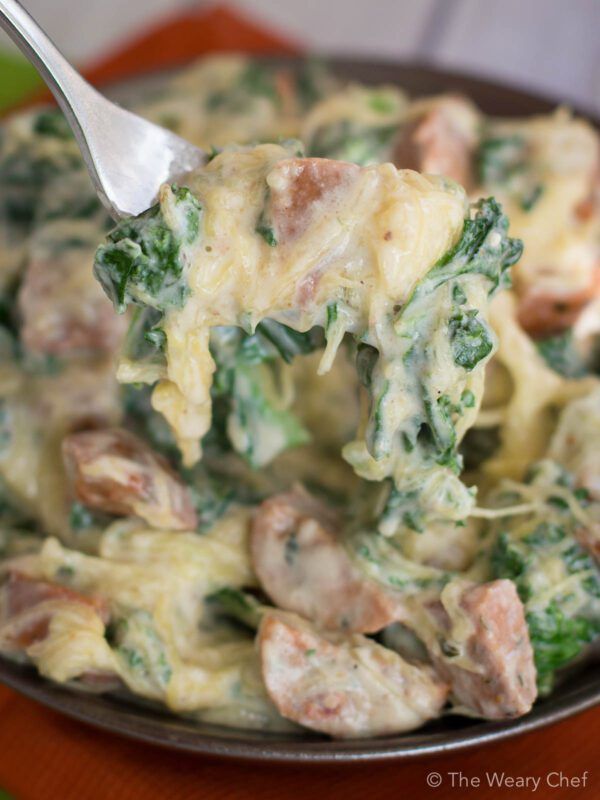 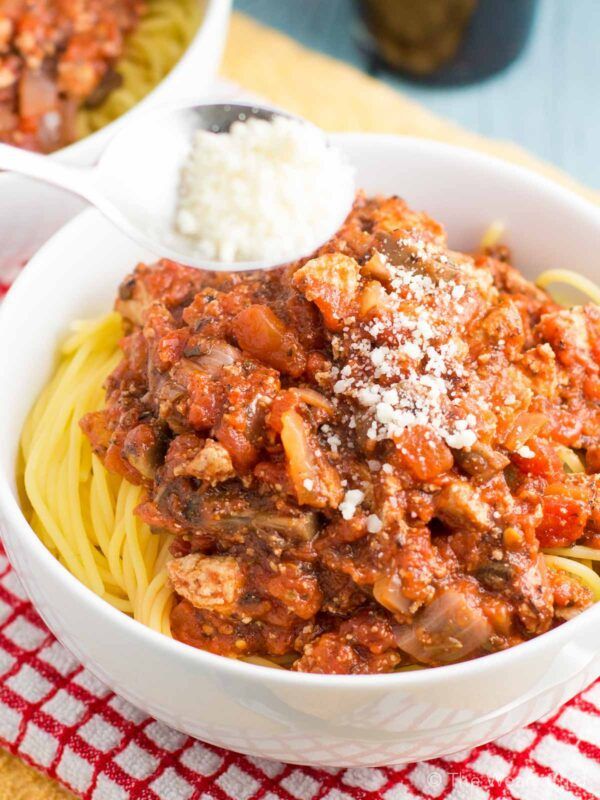 Heh old friend, thought I’d stop in. Funny, I just made a similar dish for a friend, the difference was I made it for her vegan and dairy free… she loved it. I thought it tasted prettier darn great myself, even if I am an omnivore.

Hi Andi! I hope the acupuncture works well for you! I can relate to you about gaining weight, after taking anxiety meds. Unfortunately, I am having a hard time trying to lose some weight, too. I do eat lower carb meals, and watch what I put in my mouth. So, I will try the supplement you mentioned, and keep my fingers crossed.

Thanks, Joanne! I don’t know if the actual acupuncture will do anything. She recommended a bunch of supplements that I’m going to start today, and she also recommended sort of a detox diet for a month. If I do all that stuff at the same time and feel better, I think it will be hard to tell what helped! I’ll let you know, and good luck with your weight loss!