Are you ready for a stick-to-your-ribs Mexican dinner? This Chicken Tamale Pie Recipe is IT! It’s gluten free, uses no lard, and is loaded with protein for a satisfying meal.

Hello! I’m so glad you stopped by because I want to tell you about this Chicken Tamale Pie! This hearty Mexican casserole with a homemade masa dough crust is stuffed with a seasoned chicken filling, then topped with shredded cheese (as most good things are).

In order to know how to make a tamale casserole, I needed to first know what goes into tamales. I looked at at least a dozen tamale recipes, and you know what? They all have lard. Lard. LARD! Every last recipe I checked called for at least a half pound of lard in the masa dough. I had no idea! I thought tamales were made with cornmeal held together with… Water? Magic? I really didn’t think about it, but I definitely didn’t think it was lard.

At first, I figured I should just scrap my tamale casserole idea. I didn’t want to use lard or a ton of added fat in general, but then I decided to see if I could make a somewhat healthier version. Don’t get me wrong, this recipe still calls for a half cup of vegetable oil, so you can’t call it healthy. It seems better than over a cup of lard though, and it still brings you all the delicious flavor of tamales right out of your very own oven.

If you want to make this tamale pie recipe even lighter and quicker, you could use boxed cornbread mix instead. It won’t have quite the same flavor since most cornbread mixes are on the sweet side, but I’m sure it will still be tasty! 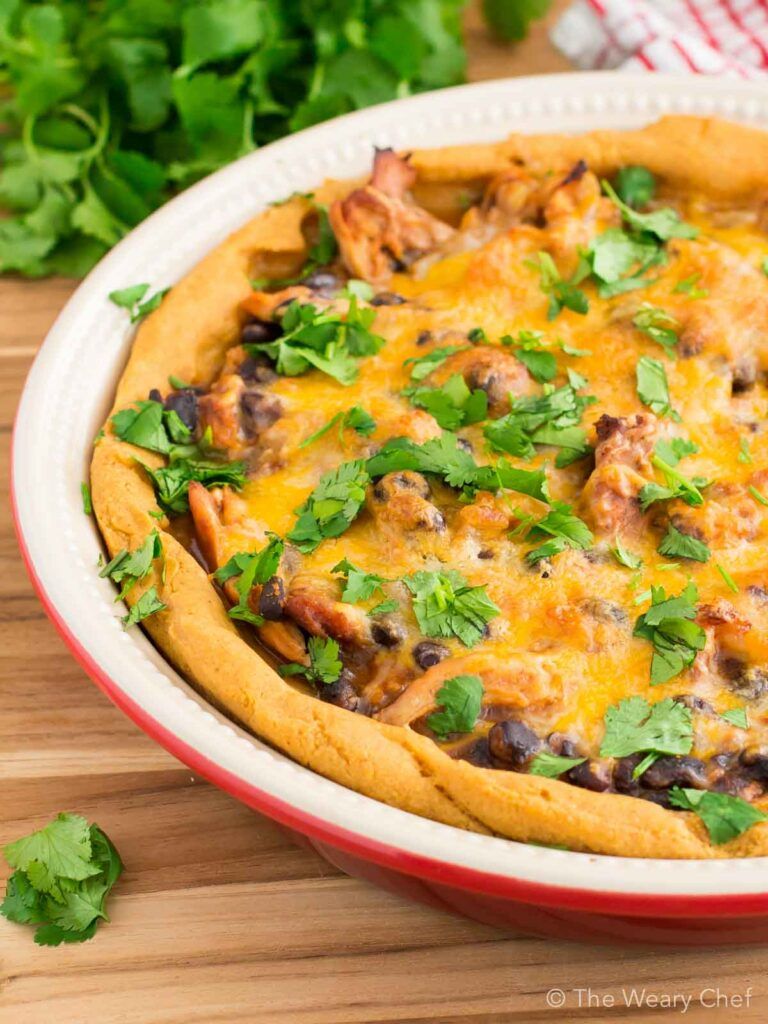 Want to know what else you can do with that instant masa? Make corn tortillas!