We’ve talked before about some foods tasting better than they look. A lot better. This tangy slow cooker beef is one of them. Honestly, most things that come out of the slow cooker are a little lacking in the looks department. Usually they make up for it in taste, and this easy crockpot dinner is no exception. 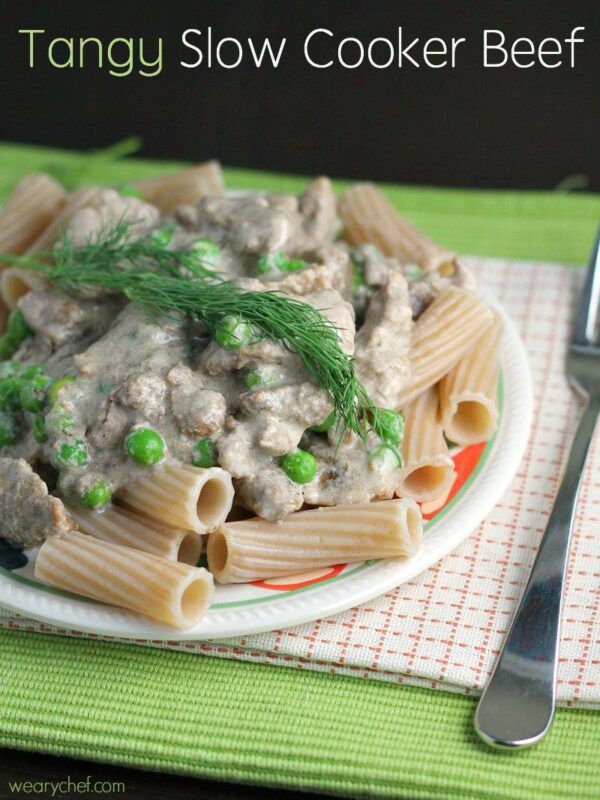 by Better Homes and Gardens. The original recipe was for a 3-pound roast, and had a few extra steps of searing the meat first and then finishing the sauce on the stove. I wanted to simplify it a bit, and using stew meat instead of a large roast made for a quicker cooking time. You could definitely use a beef roast instead if you want to cook it all day, and I made a note about that in the recipe. 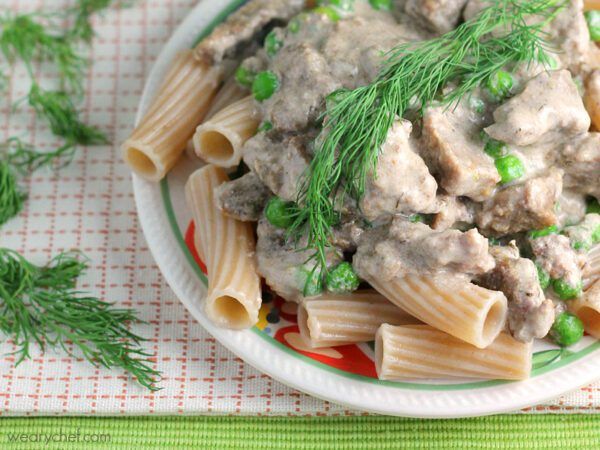 Print Recipe
Tangy Slow Cooker Beef with Peas
This easy crockpot dinner might not be the prettiest dish, but it tastes delicious!

If you'd like a longer cook time, you can use a 3-pound chuck roast and cook on low 8-10 hours. In the last step, shred the meat, removing excess fat, before stirring in yogurt and peas. 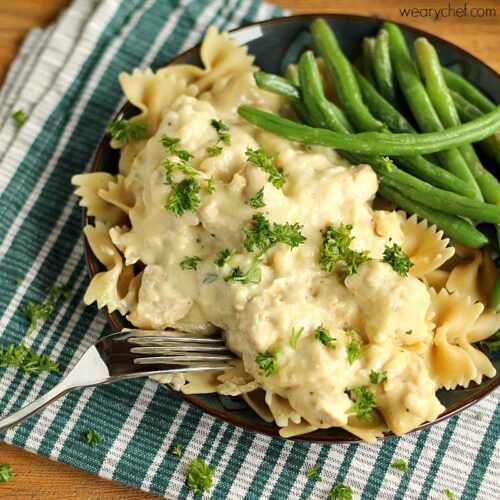 Thank you for the nice recipes.

You are so welcome, Liz!

Haa! Haa! I know what you mean. It’s hard to make food from the slow cooker look pretty. This sounds so delicious. My family would love!

Thanks, Michele. This one is particularly gray and not pretty. I thought about just not posting it since I wasn’t happy with the pics, but I thought it tasted too good not to share ;) Have a nice weekend!

Reply
Bianca @ Confessions of a Chocoholic

I love sour cream and peas so this definitely sounds like something I can easily polish off!

Reply
Author
Andi
Reply to  Bianca @ Confessions of a Chocoholic

Thanks, Bianca! I try to put sour cream in or on my food as often as I can because I love it!