Baked potatoes are mashed with sour cream, smothered in hearty chili, and topped with a little melted cheddar. These Vegetable Beef Chili Potatoes are comfort food at its healthiest! 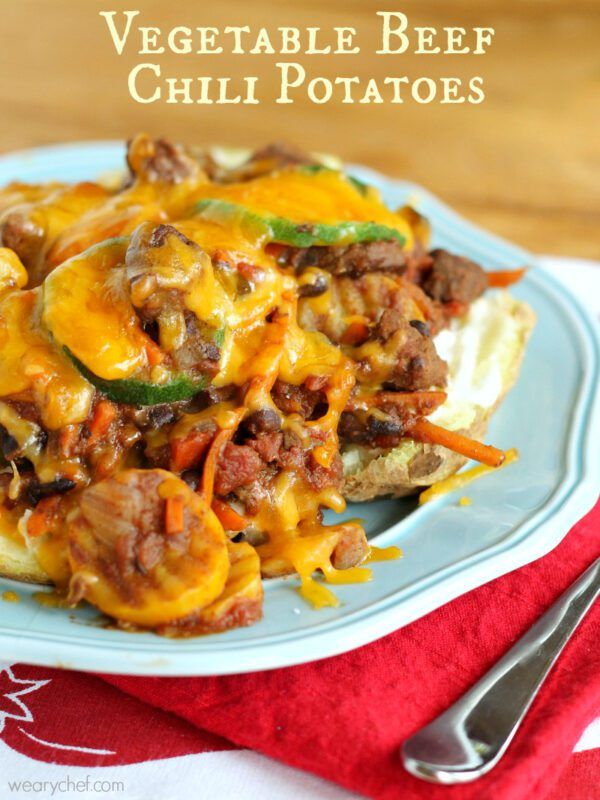 This healthy dinner is disguised as a guilty pleasure with a little cheese on top. It looks like a big ol’ plate of man food, which is my favorite kind of food despite my gender, but it’s actually pretty good for you. Speaking of men, my husband, who is not picky at all when it comes to food, is only known for disliking a few things: Broccoli, chili, and baked potatoes. There’s no convincing him on the broccoli thing. He wrinkles his nose up like a little kid if he even smells it, and he picks it out if it ever appears in his stir fry or other dish. 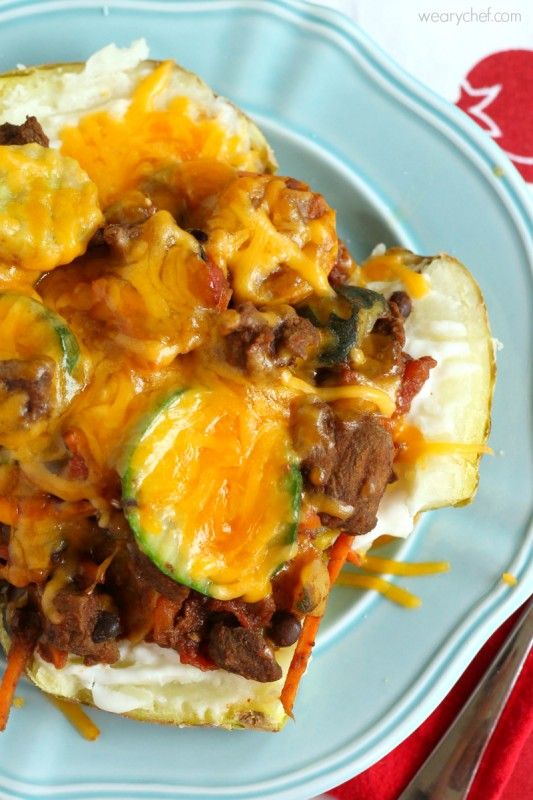 His dislike for chili and baked potatoes is more about burn out than actually hating how they taste. I guess he ate so much chili when he was growing up and then we were newlyweds that he feels like he never needs to eat another bowl. Same goes for baked potatoes. They were served on the side of meat so many times in his young life that he is permanently bored with them.

It’s not clear why I made these chili potatoes since the recipe combines two items from his short list of least favorite foods. I thought if I made the chili more interesting than just ground beef, beans, and tomatoes, then it would be more appealing. Since the baked potato would be under a blanket of this excitingly different chili, he could hardly think it was boring, right? Right! This dinner was a hit! I hope your family loves this filling dinner too.
Print

Print Recipe
Vegetable Beef Chili Potatoes
This hearty, healthy dinner tastes like comfort food but is good for you!

1. This chili should freeze well.
2. I think this chili recipe would turn out great in the slow cooker too, 4-6 hours on high or 8-10 hours on low. Add the zucchini towards the end of cooking in the crockpot if you don't want it to get too mushy.