I think you’ll want to try this Pumpkin Pear Cobbler recipe. All the best of pumpkin pie and fruit cobbler are baked into one tasty dessert! 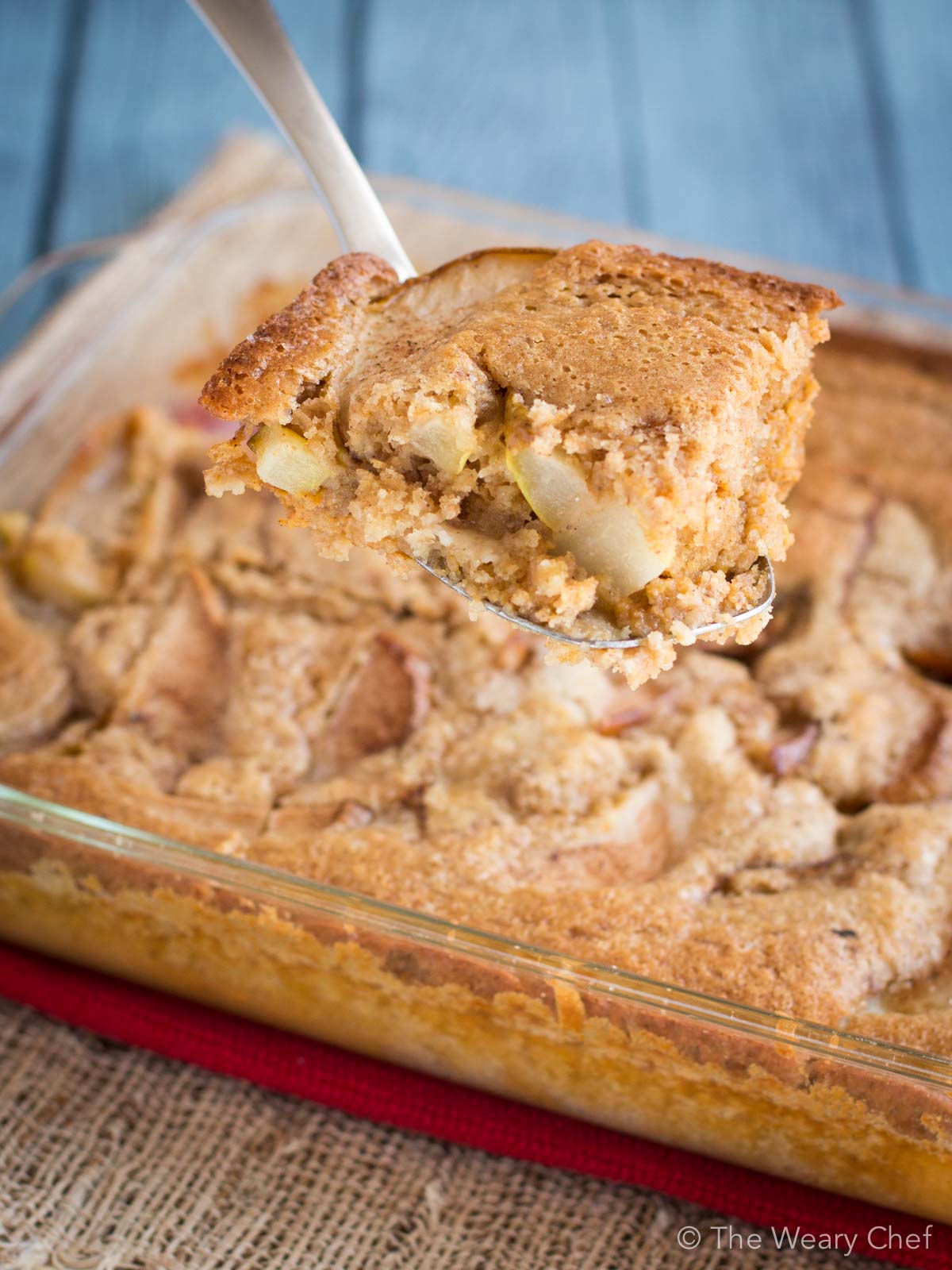 Hi! How are you on this fine October day? I’m loving that it’s Fall, but the bad part of October is all the scary Halloween stuff out in stores all month. My boys get scared everywhere we go! There are entire sections of stores we have to avoid and some stores we skip altogether until the spooky stuff is gone. Can we just move on to November already?

November is so great because we kick it off with a bunch of candy and end it with the feast of the year. I know the classic Thanksgiving dessert is pumpkin pie, but I think this pumpkin cobbler is going to give pie a run for it’s money. I’m not too proud to beg you to try this recipe. If you love pumpkin pie and fruit cobbler, then please make this! 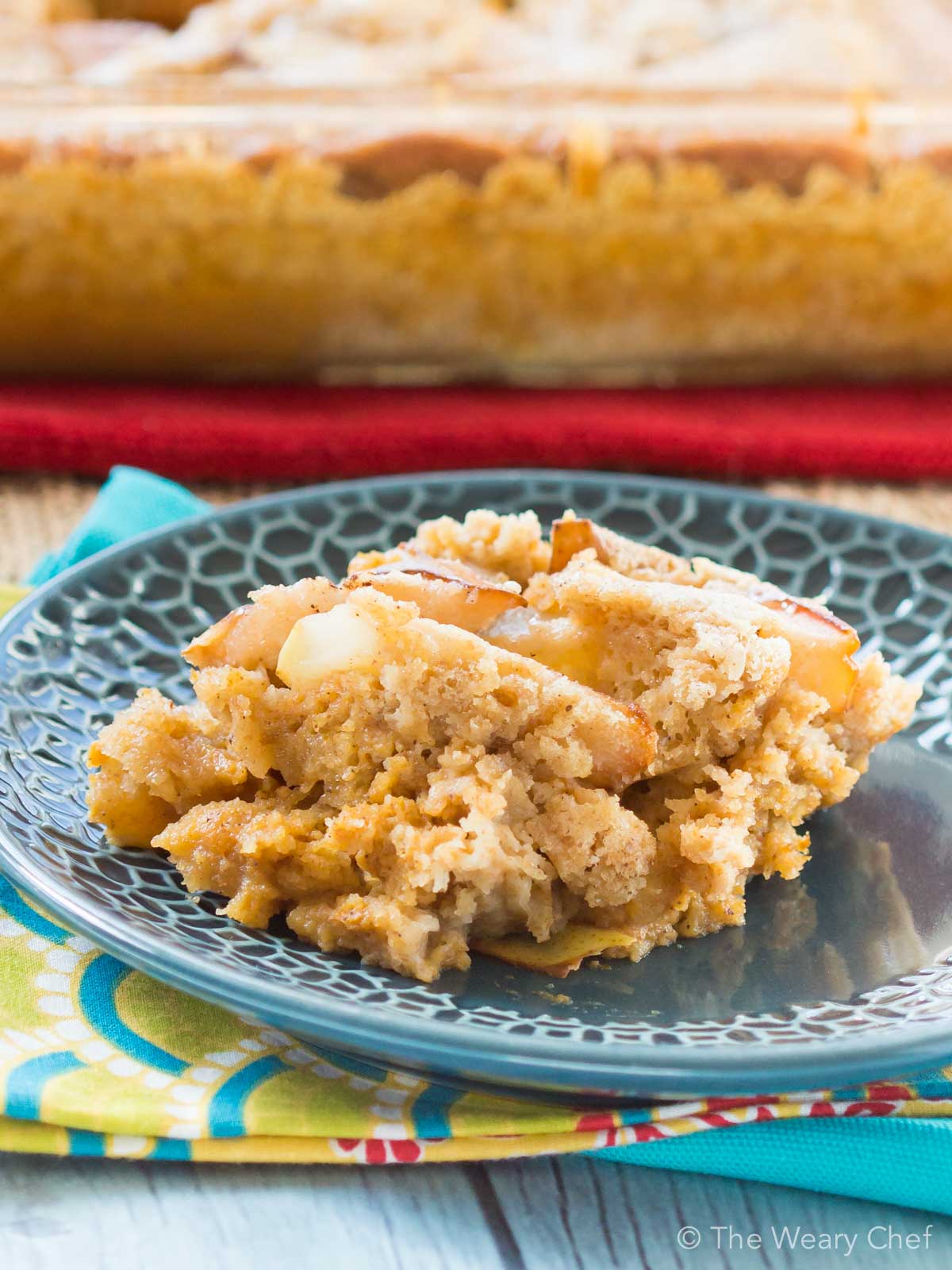 I might have eaten three portions of this on Monday. I’m not proud of it. I had to eat one piece to make sure it was good before taking the rest of the photos (because a small bite wouldn’t have been a good enough taste test). Then I had to put ice cream on another piece for photos. We all know that you can’t save warm cobbler with ice cream on top, so I ate that piece too. Then after dinner that night, I had another piece for dessert because, well, wouldn’t you? I should go run a few blocks after just telling that story. Needless to say, I like this cobbler. A lot. 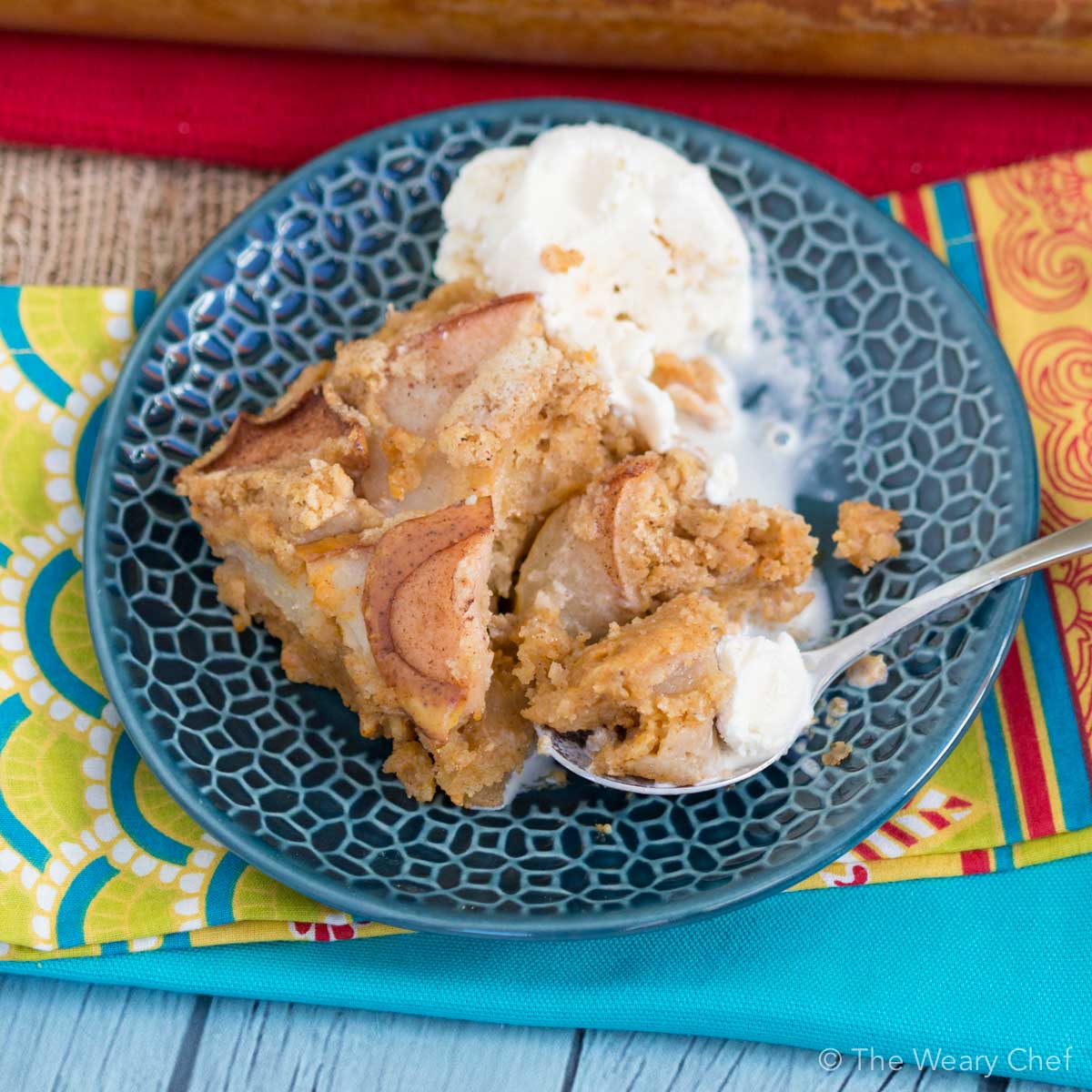 I can personally vouch that this decidedly Fall dessert works as a breakfast too (just maybe skip the ice cream). It’s pretty easy to make, and the texture is so inviting. There’s custardy pumpkin pie mixed with denser cobbler crust and juicy pears throughout. You really don’t even need ice cream, but you won’t regret adding a scoop of vanilla on top. Serve this after Thanksgiving dinner or at your next potluck, and let me know how it goes! 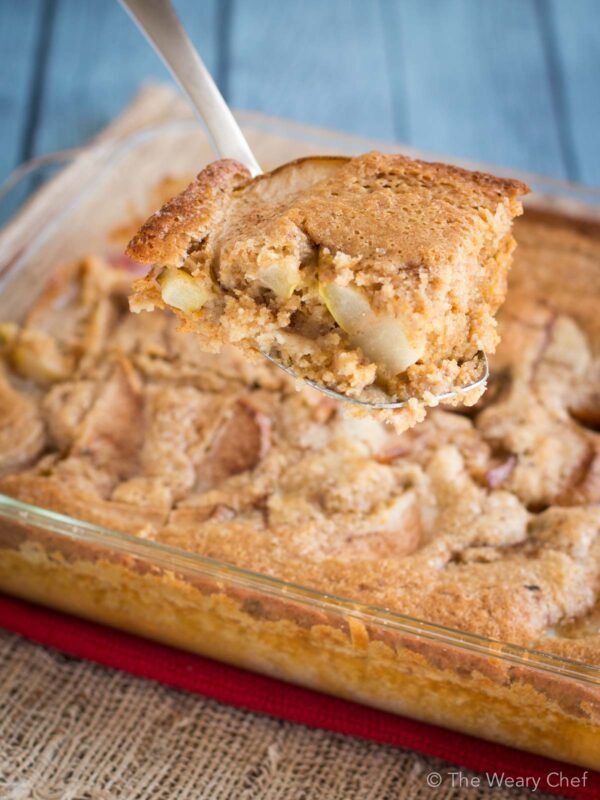 Pumpkin portion of this recipe adapted from Betty Crocker. 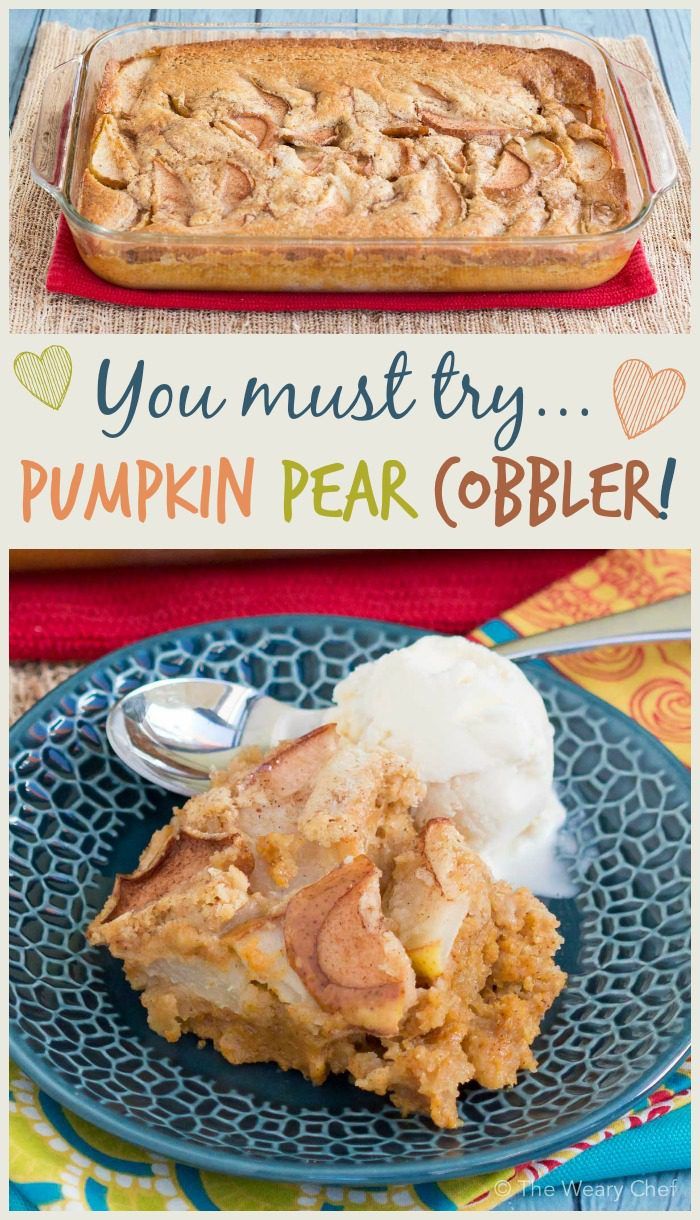 Here are some other holiday-worthy dessert recipes! 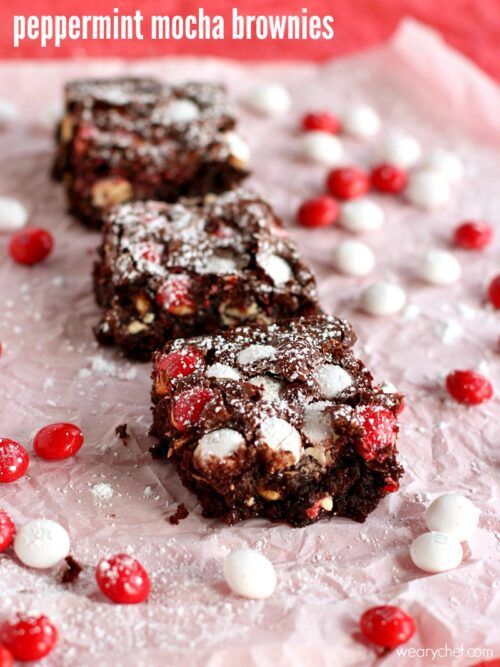 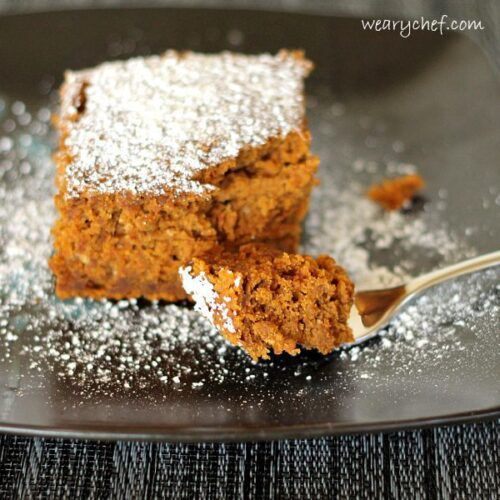