This Chicken Cordon Bleu Pasta is a skillet dinner that is ready in about 30 minutes! The name sounds fancy, but it’s a super easy weeknight meal.

Don’t you think the name Chicken Cordon Bleu is a little fancy? I know it’s a classic, but as a plain old home cook, I feel silly saying it out loud. Should I say Cordon “bloo” like a normal American or “bluh” like a weirdo? (If you say, “bluh,” you are totally not a weirdo. Don’t even feel bad.)

I looked up where the name came from, and the origin story is as pretentious as the name sounds. Apparently cordon bleu was the name for a blue sash worn by the highest knights once upon a time, and later it translated to food that was prepared with the highest standards by the finest chefs.

Um, this is a skillet pasta dish, and I am not an actual chef. This recipe is named Chicken Cordon Bleu Pasta mainly because it has ham and swiss cheese. I may not be fancy, but I know ham, cheese, chicken, and pasta add up to something delicious! 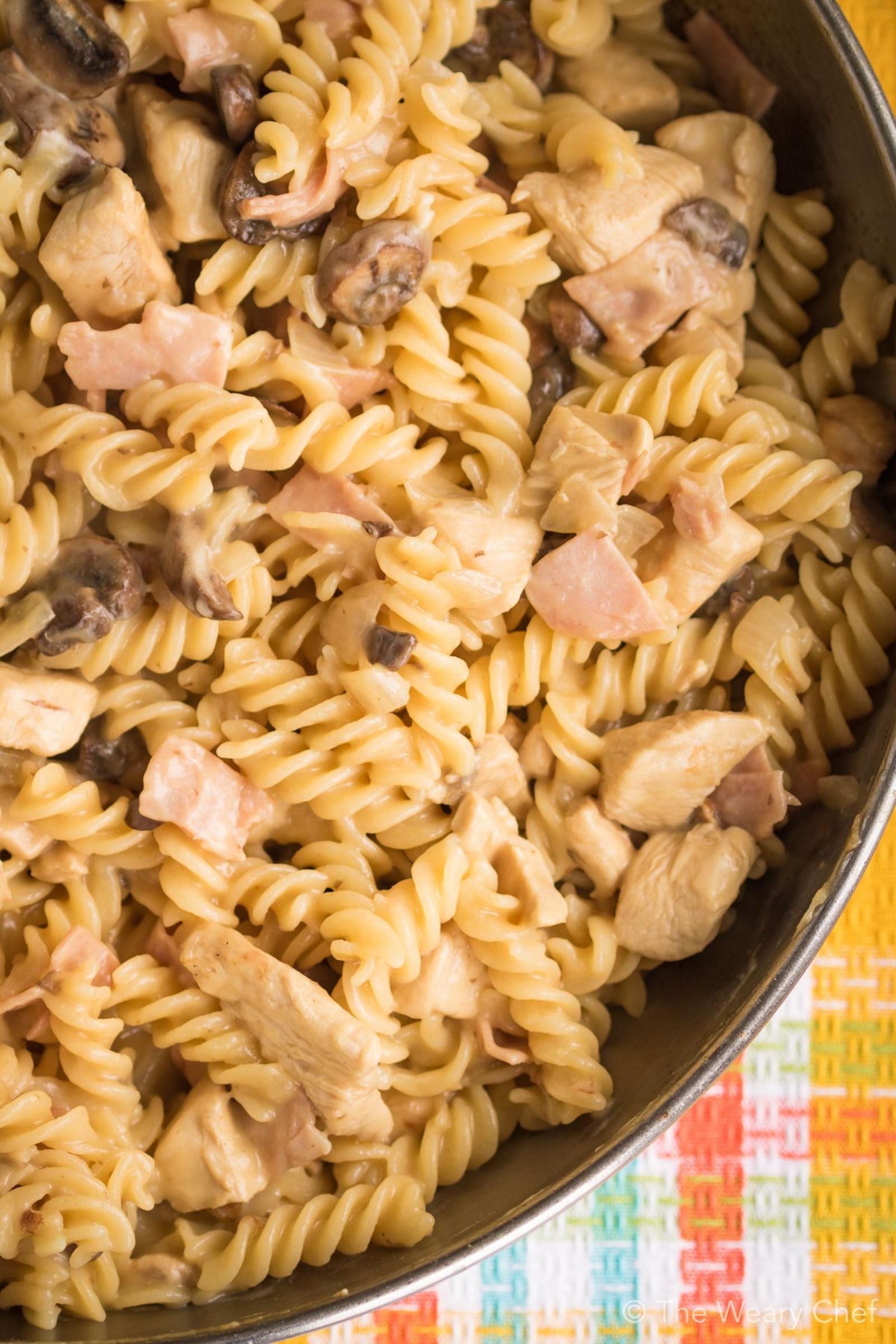 For me, the standout flavors of Chicken Cordon Bleu are the swiss cheese and ham, so that’s what I included in this skillet pasta dish. If you also want the flavor and texture of the breading of the traditional dish, it’s easy to adapt the recipe to add browned breadcrumbs on top. I made a note of how to so that in the recipe below. 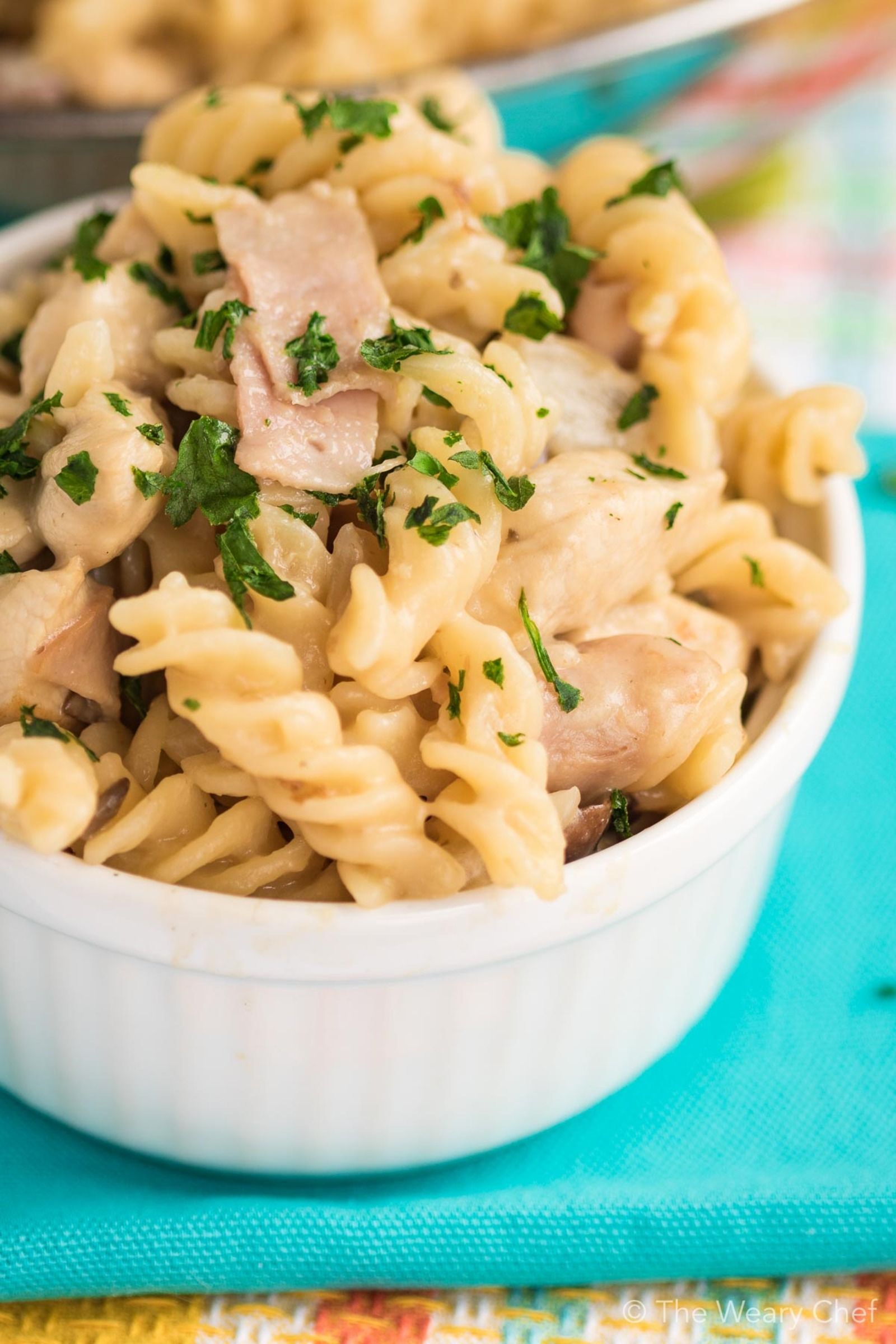 How do you feel about swiss cheese? I do not like it at all cold, but somehow it turns delicious when it melts. I can’t think of any other cheese that I think tastes like flavorless rubber cold but is wonderful hot. I love swiss on burgers with sauteed mushrooms or in a grilled cheese sandwich. I used pre-sliced swiss in this recipe and still have a few slices left, so mushroom swiss burgers might be in my near future. Or, I’ll just make this Chicken Cordon Bleu Pasta again. I hope you want it to be a frequent meal at you house too! 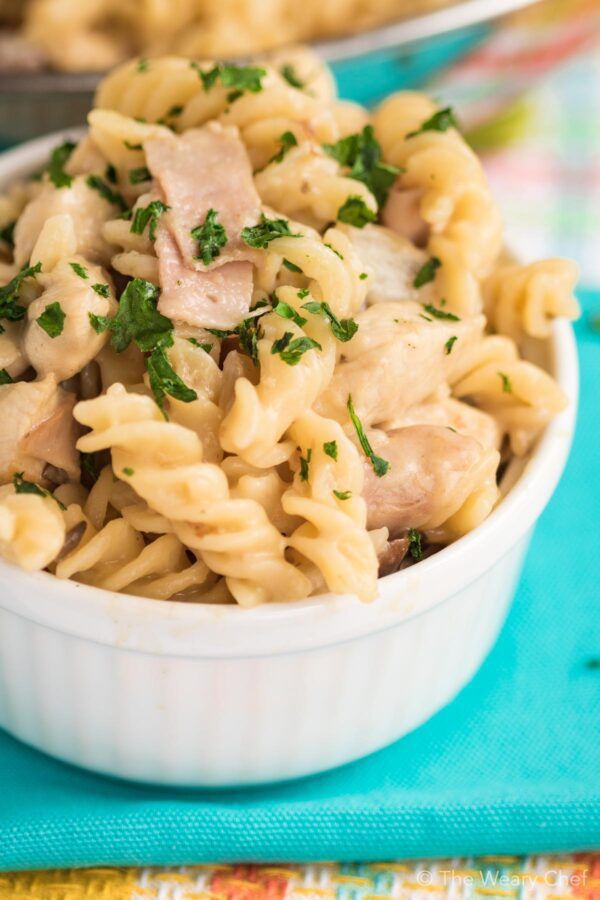 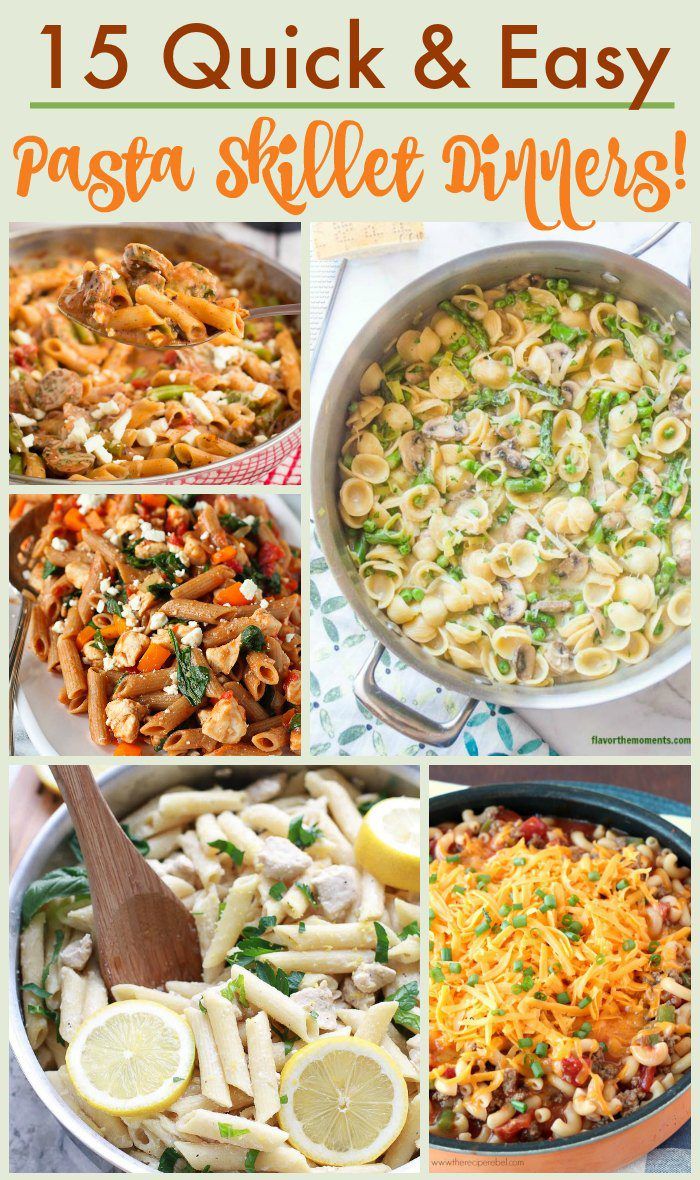 What a great dinner idea. I have to try this asap.

Another winner, Andi! Just made this tonight. Only things I did differently were to add chopped cooked rotiss. chicken to the dish along with the ham and cheese after the pasta cooked, and a few twists of black pepper. Thanks for the tip about adding breadcrumbs and broiling, which I did! This is a keeper, and you’re right– it’s easy!

So happy you enjoyed it, Mo! I love rotisserie chicken, and it sounds like a great addition :)