Recipes usually come pretty easily for me. I’m not saying that in an “I’m awesome” kind of way. I just mean that when recipes are simple, there isn’t much that can go wrong. This chicken spaghetti wasn’t one of those flawless executions. In fact, the first version was nearly inedible. Matt said something like, “I usually like everything you make, so I’m kind of shocked that I really don’t like this.” I think there’s a compliment in there somewhere.

This started out to be a skillet cheese spaghetti recipe, but that first version was way too rich. Also, using spaghetti in a skillet recipe is challenging because it’s hard to get it to cook evenly. Sometimes you just want spaghetti though (well, at least I do), so I got back on that chicken spaghetti horse and tried again.

This time I decided I would cook the pasta separately but would still try to make it a stovetop recipe. As I started making the base, it was clear to me that it would be a lot better baked as a casserole, so here we are. Maybe in the future I’ll get back to my stovetop cheese spaghetti idea, or maybe I’ll just make this delicious chicken pasta casserole again.

I almost called this pizza spaghetti casserole because it smells like pizza to me when the onions, bell peppers, and mushrooms are sautéing. It doesn’t have a tomato sauce base though, so that might have been misleading. This recipe actually reminds me of a chicken casserole I used to make all. the. time. when Matt and I were newlyweds. It came out of an old church cookbook and used Rice a Roni, canned chicken, cream of mushroom soup, and was topped with crushed Saltines. I think we can all agree that this made-from-scratch version is a bit more wholesome and high class, and it tastes even better! 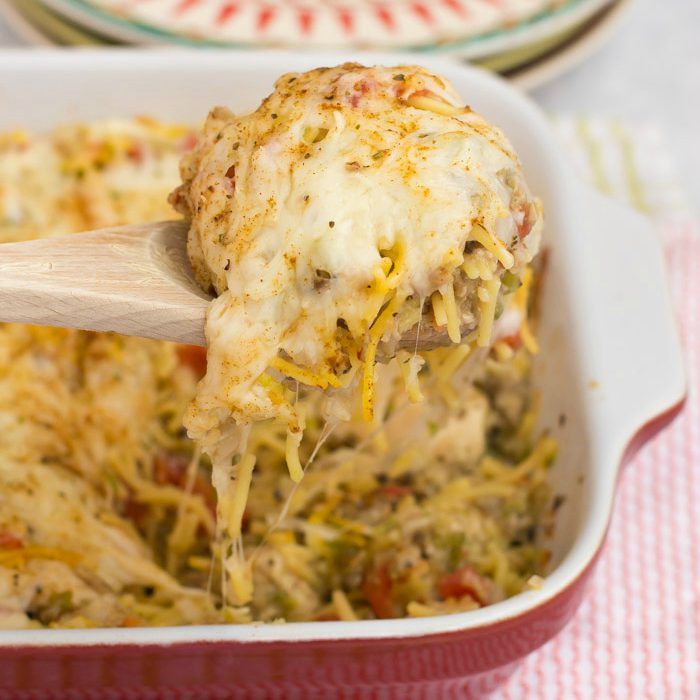 I think these recipes will be right up your alley too!