Are you ready for a new dinner recipe? This ham and noodle casserole is my first one for 2018, and I think it’s a pretty good start to the new year! You’ll love this comfort food dinner recipe. It has a creamy cheese sauce and is topped with crispy breadcrumbs. Kids and adults both give it a thumbs up! 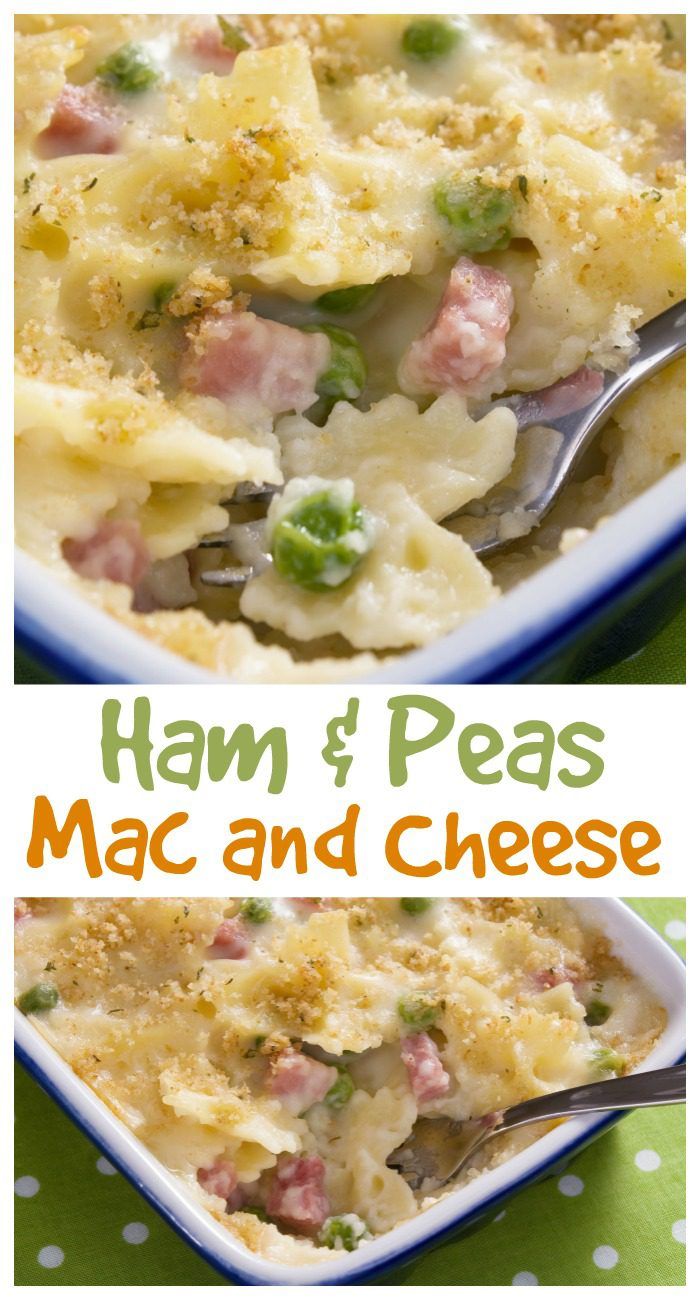 This ham and pea pasta was a big hit at our house. My 6-year-old said it was the best dinner he ever had all year. I asked him to clarify if he meant in the last 365 days or so far in 2018 since it was still the first week of January. He said it was the best for 2017 or 2018, so that’s pretty dang good. Granted, he says whatever he is eating, doing, or watching at the time is the best ever, but let’s go with it anyway. 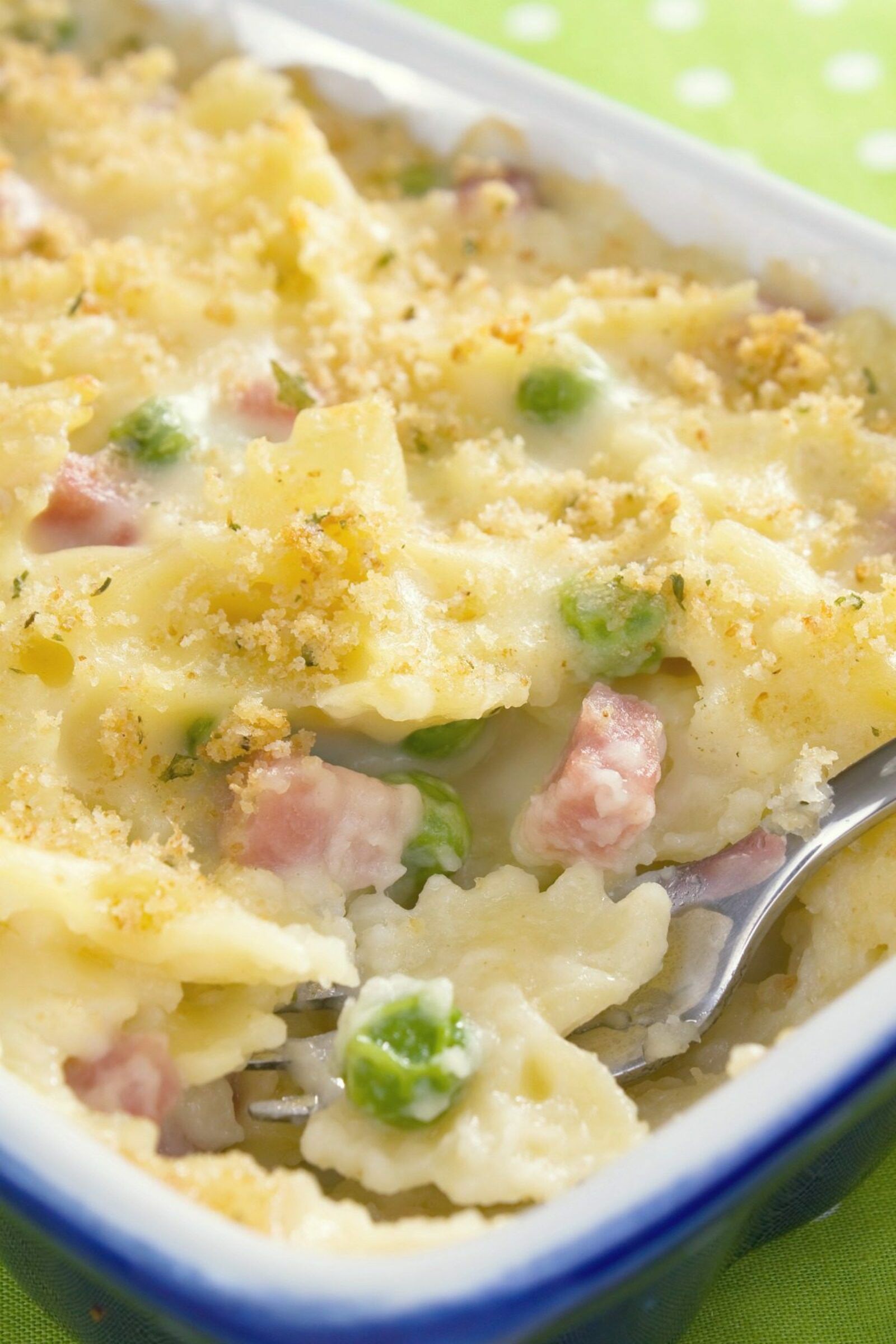 It only takes about 15 minutes to make this ham and cheese casserole with pasta, not counting the time it takes the water to come to a boil. I once saw a tip to start a big pot of water boiling when you get home from work so it’s ready whenever you want to start cooking dinner. I don’t need boiling water most nights, but I still think it’s a clever idea! If you don’t salt the water, you could always use it to make tea or something.

If you are on a gluten-free diet like me, you can still enjoy this recipe! I used gluten-free flour, pasta, and breadcrumbs, and it turned out perfectly.

This casserole is basically baked mac and cheese with ham and peas. If you want to make it vegetarian, you can follow it exactly without the ham, or if you don’t like peas, you could leave those out too. Or, you can make the sauce without any stir-ins for white mac and cheese! This recipe is really versatile, so be sure to keep it on your shortlist of dinners. Change up the meat and veggies to transform it into a new creation! I hope this cheesy pasta casserole becomes a favorite at your house too.

Print Recipe
Ham and Noodle Casserole with Peas
This baked mac and cheese with ham and peas is a favorite dinner of kids and adults! 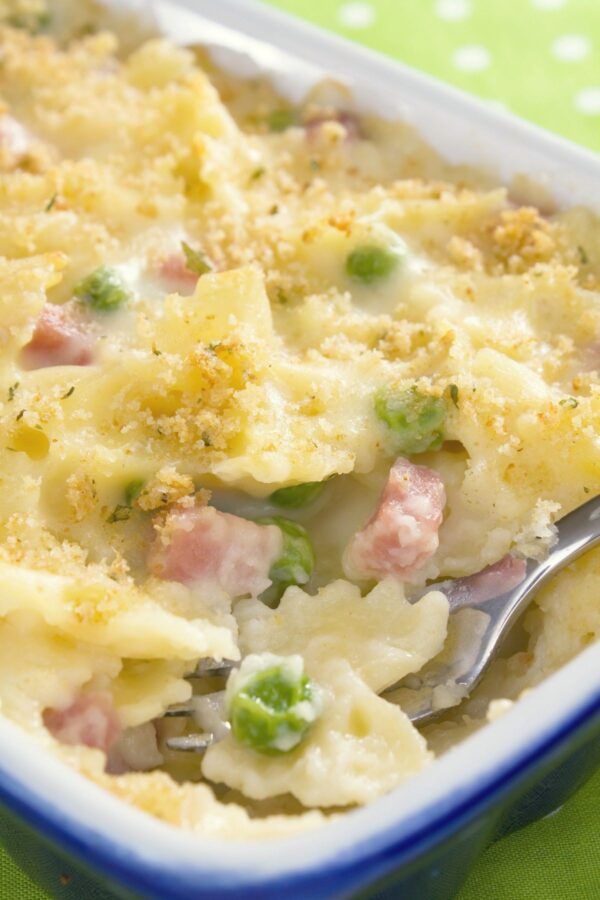