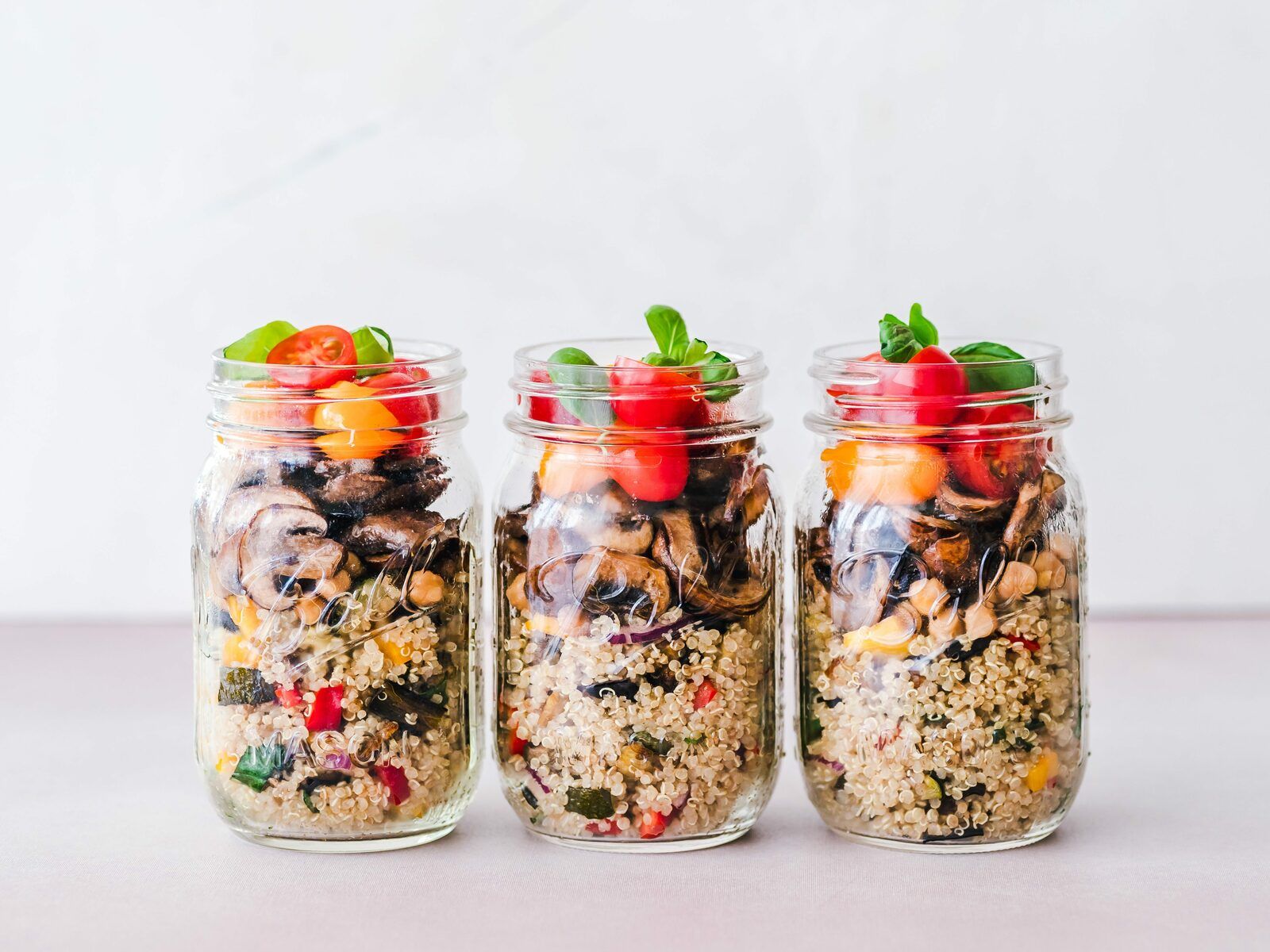 Living in our modern, over-scheduled world we are often pressed for time when it comes to preparing our meals. With little time to prepare our daily meals, we are much more likely to choose takeout or going out to a restaurant instead of preparing meals ourselves.

These meals are often less healthy and much more expensive than meals you can prepare at home. Meal prep can be the solution and we have included four awesome meal prep recipes below to get you started.

What Is Meal Prep? 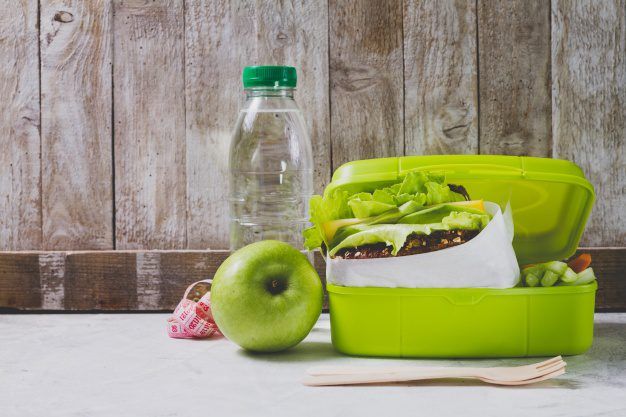 Meal prep is the preparation of more than one meal at the same time. It is commonly done on the weekend, prepping lunches for the week. Once prepared and portioned, these can be refrigerated or even frozen and then reheated before eaten, but there is no reason meal prep needs to be restricted to lunches. You can meal prep breakfasts, dinners, and even snacks.

By preparing multiple meals at the same time, you can save a lot of preparation time for each meal later. For those with extra large freezers, you could try multiple meal prep recipes and then freeze the portioned meals to allow for a greater variety. Some people do not mind eating the exact same lunch or dinner during the week, but most people like a little variety.

How to Meal Prep Effectively? 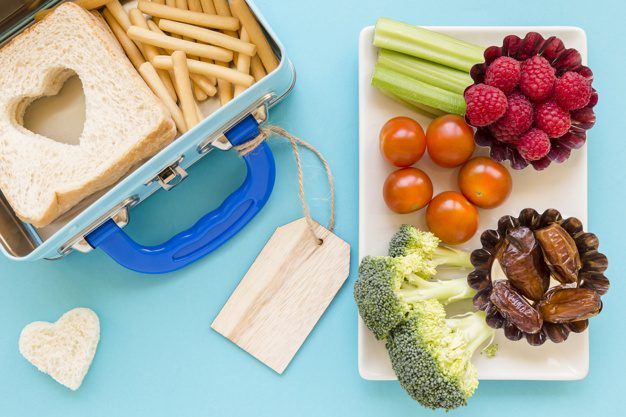 The best way to meal prep effectively is to plan for your meal prep recipes and decide which containers you plan to use to store the portioned meals. Most meal preppers set aside an afternoon or evening, usually on the weekend, to prepare their meal prep recipes.

Read these recipes carefully and budget your time accordingly. Many recipes call for cooked rice or other grains, so include the cooking time for those in your plans.

There are many choices when it comes to the containers used to store the individual portions of your meal prep recipes. Reusable plastic containers are one of the most common choices and there are several brands available on the market. Additionally, some foods such as sour cream come in plastic containers that can be washed and reused.

Plastic containers can be microwaved and cleaned though some of them have nooks and crannies that can be difficult to wash and dry. Some foods stain plastic or leave odors inside them that will not go away. If your lunch container smells like garlic, you will not want to store any food that does not go well with garlic.

Mason jars are another option for meal prep and are especially favored for salads. Made of glass with stainless steel lids, mason jars are easy to clean and will not absorb smells or stains from your food. Glass is also more environmentally sound than plastic. On the downside, glass can break and it is heavy.

Here are four of the best meal prep recipes we could find. We encourage you to try one (or all four) and enjoy a delicious, home-cooked meal at your convenience. 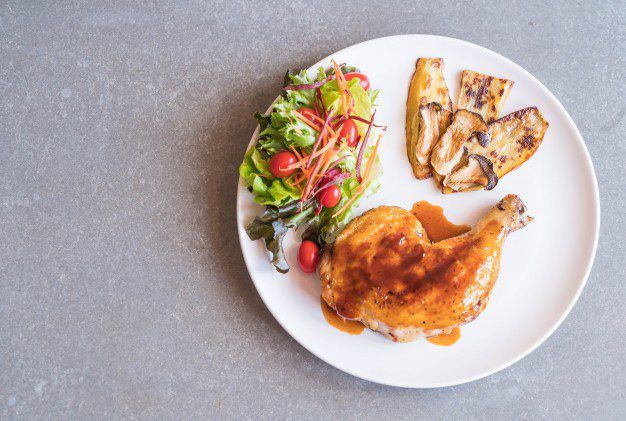 Image by topntp26 via Freepik

For the teriyaki glaze:

For the chicken & vegetables:

For the chicken and vegetables: 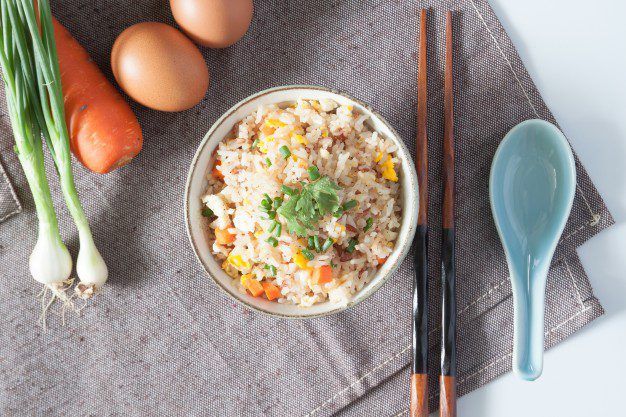 Image by schantalao via Freepik 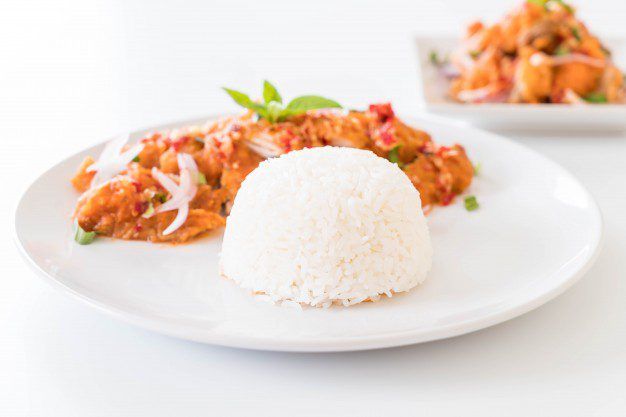 Image by topntp26 via Freepik

Additional toppings can include shredded jack or cheddar cheese, sour cream, salsa, avocado or almost anything else you might like. 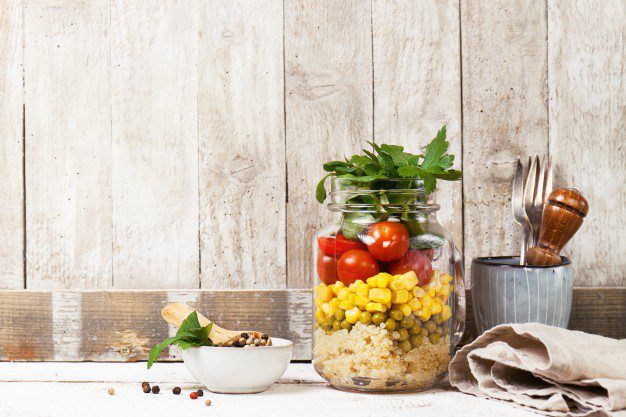 Image by valera_aska via Freepik

How to Make Restaurant-Style Alfredo Sauce at Home 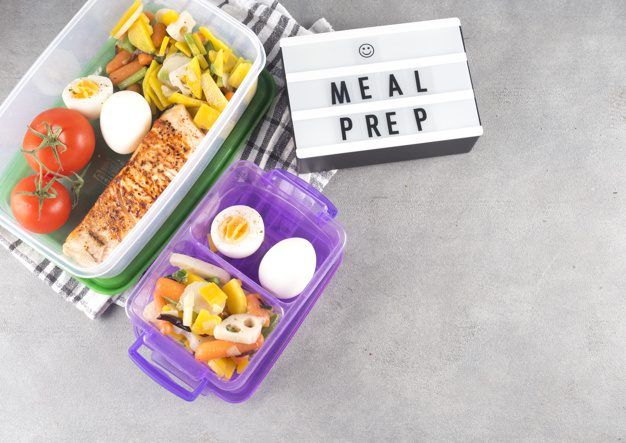 The above meal prep recipes should give you a great start prepping your meals. Enjoy the extra free time you gained from using them as well as the extra cash from not eating out as much as before.© Incomestorage