Raid your liquor cabinet for this Irish Whiskey Marinade and get ready for perfect steaks or chicken! 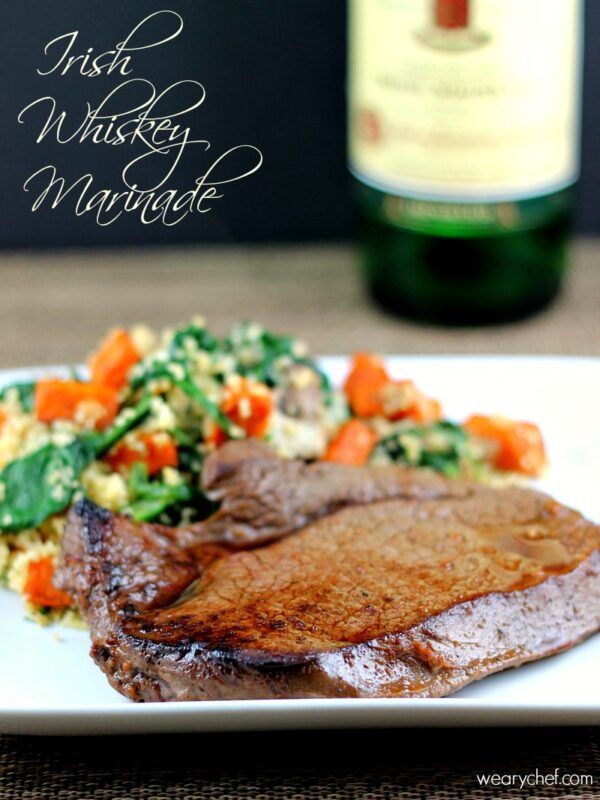 I usually keep it really simple with meat seasoning, but I wanted to try something new this time around. I used this marinade for buffalo steaks, and they turned out juicy and flavorful. Would be great on chicken too! 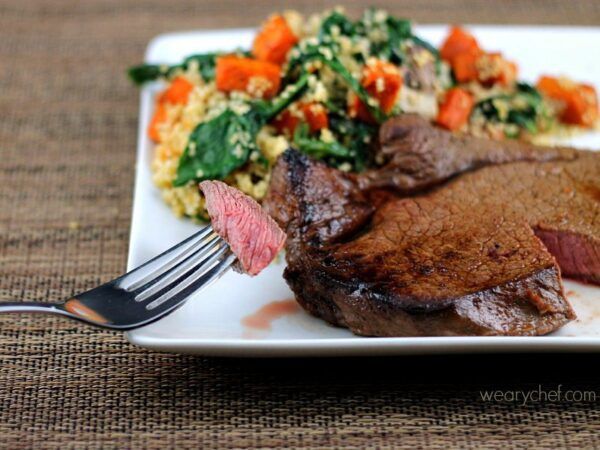 Have you ever had buffalo steaks before? I had tried ground buffalo but never steaks. I happened upon them at Whole Foods and figured they were worth a try. They were actually a little less expensive than beef steaks, and they looked very lean. I was happy about the health benefits of the lean cuts but worried they might end up dry or tough. 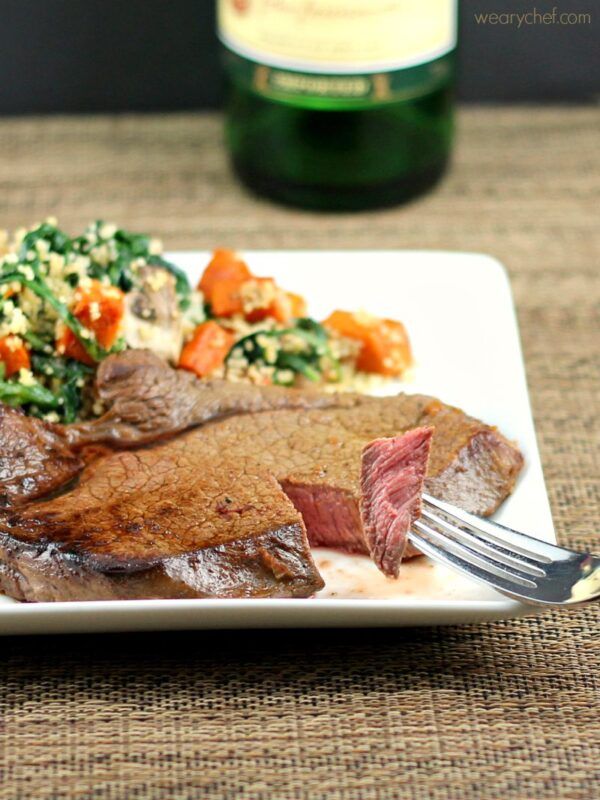 As soon as I took the steaks out of the package, I could feel how tender they were even before cooking them. I hoped as long as I was careful not to overcook them, they would turn out well, and boy was I right. I marinated them in this Irish Whiskey Marinade for about two hours before searing them in my iron skillet, and they were tender, juicy, and delicious!

Print Recipe
Irish Whiskey Meat Marinade
This savory marinade tastes great on steak or chicken! Recipe will season about a pound of meat.